Mughal architecture is remarkably attractive and symmetrical combinations of Turkish, Persian, and Indian architecture. It was first developed in India during the reign of the third Mughal emperor Akbar the Great and flourished during the reign of his grandson Shah Jahan. The buildings, forts, and mausoleums were constructed with mind-blowing architectural elegance, as these remain the magnificent tourist attraction to date. Many people visit these destinations made by Mughal emperors from around the world every day.

Here we have listed the top Mughal destinations and the nearby places with things to do once you visit the spot. All these places are historically significant, and medieval enthusiasts must visit to understand the true essence.

Taj Mahal can be mentioned as the most famous architecture in the Indian subcontinent and counts as one of the seven wonders of the ancient world. This ivory-white marble mausoleum was commissioned between 1631 and 1632 on the southern bank of the Yamuna River by the Mughal emperor Shah Jahan in the memory of his favorite wife, Mumtaz Mahal. Every day many visitors come from every corner of this planet to appreciate this jewel of Mughal architecture in India and the UNESCO world heritage site.

You can visit this Mughal masterpiece between 6 am to 6.30 pm except for Fridays, also between 8:30 pm to 12:30 am night-view of the elegant Taj is available for the tourists. The Archaeological Survey of India arranges a 30 minutes slot that allows a maximum of 50 people in a single slot for the moonlight view. The entry fee for Indian tourists is Rs 250 and for foreign tourists is Rs 1300 to enter the monument. The best time to travel to Taj is the full-moon night for the spectacular view, and you should try to visit around five days before or after the full moon to observe the elegance of the magnificent Taj. 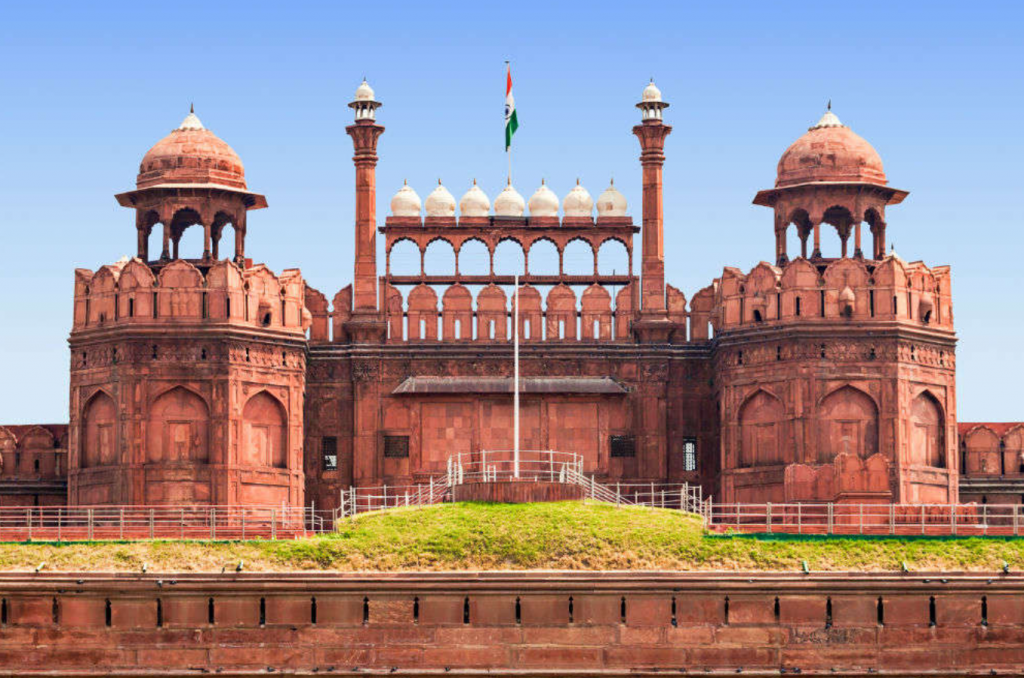 Lal Qila, or the Red Fort, is a historic fort in Old Delhi that was the capital and primary residence of the Mughal emperors for approximately 200 years. Mughal emperor Shah Jahan decided to shift the capital from Agra to Delhi and commissioned the construction of Lal Qila on 12 May 1638, which was completed within the next ten years. The red sandstone-fort is one of the best examples of Mughal art and architecture, also included in the UNESCO list of world heritage sites.

Visitors come across the world to experience the amazing historic structures in the fort. That includes many special halls like Diwan-I-Am, Diwan-I-Khas, palaces like Ranga Mahal with mind-blowing sculptures and decorations. Moti Masjid and the Meena bazaar are also historical sites in this famous Mughal fort. The visiting hour of the Red Fort is between 9:30 am to 4:30 pm, and a major attraction is the light and sound show that recites the Mughal history. The entry fee is Rs 35 for Indians and Rs 500 for foreign tourists.

Humayun’s Tomb is the first of the magnificent dynastic mausoleums dedicated to the second Mughal Emperor Humayun, also the first garden-tomb on the Indian subcontinent. Humayun’s tomb was built in 1558 by his first wife and chief consort, Bega Begum or Haji Begum, and it was also the first structure made of red sandstone. Persian architect Mirak Mirza Ghiyuath and his son, Sayyid Muhammad, built this masterpiece with an impression of the Persian architectural style. It is also referred to as the ‘dormitory of the Mughals’, for over 150 Mughal family members are buried in the complex.

Humayun’s tomb became a UNESCO World Heritage site in 1993, and many people around the world visit magnificent architecture throughout the year. Visitors are allowed in this grandiose monumental tomb throughout the week from 8 am to 6 pm. The entry fee is Rs 35 for Indian nationals and citizens of the SAARC nations and Rs 550 for foreigners. Also, a charge of Rs 25 is levied for carrying a video camera inside the premises. 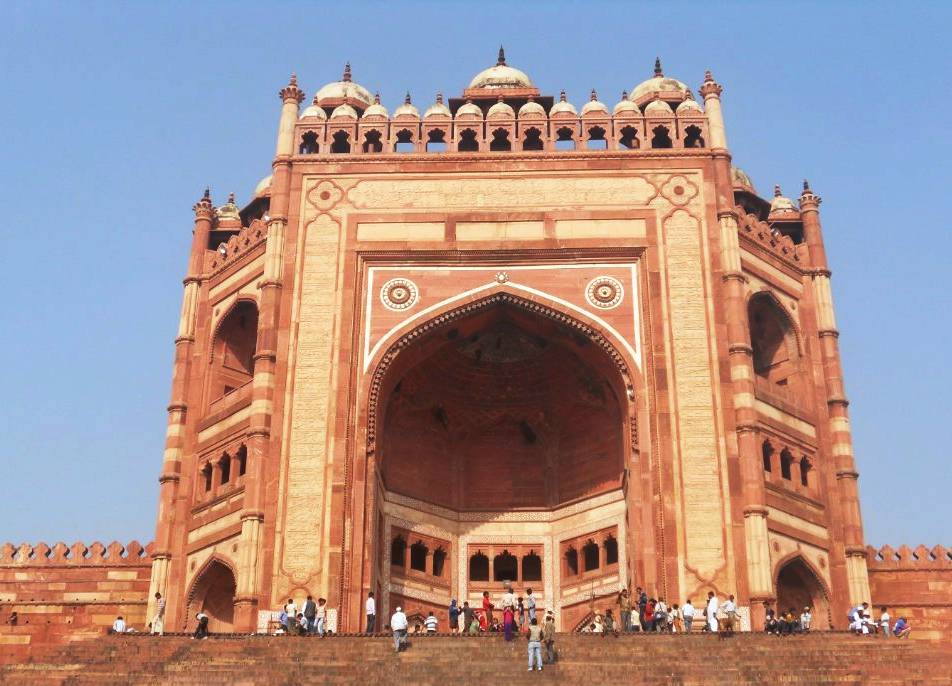 Mughal emperor Akbar built Buland Darwaza or the “Door of victory” in 1575 to commemorate his victory over Gujarat in 1573. It is the prime entrance to the Jama Masjid at Fatehpur Sikri, and with a self-drive rental car, you can reach here within one hour from Agra. This 54-meter high Mughal architecture is considered the highest gateway in the world, located in Fatehpur Sikri Fort. Buland Darwaza is made of red and buff sandstone with white and black marble decorations embellished with stone carvings and inscribed quotes from Quran that make it holy and scenically beautiful.

Fatehpur Sikri Fort is open for visitors from sunrise to sunset, and you can experience one of the most perfectly designed architectures in India once you visit here. The entry fee is Rs 35 for Indian, BIMSTEC, and SAARC citizens and Rs. 550 for other foreigner visitors. Jama Masjid, marble Tomb of Salim Chishti, Diwan-E-Khas hall, and Jodha Bai’s Palace are also attractive sites besides Buland Darwaza in Fatehpur Sikri. 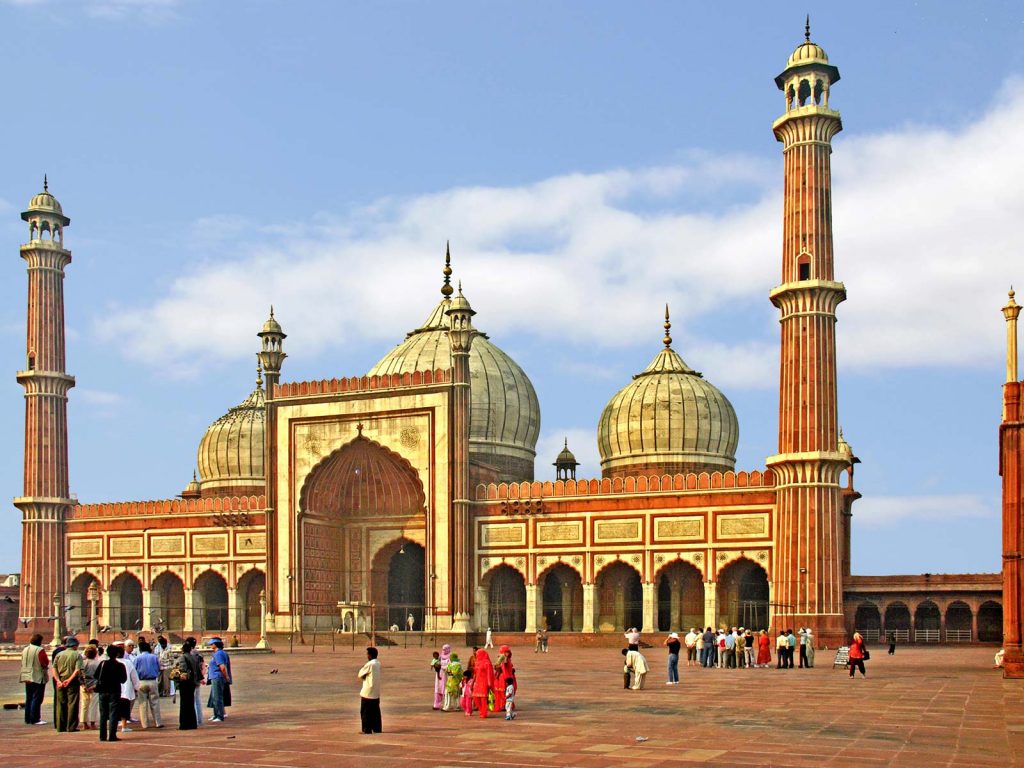 Jama Masjid, or the Masjid-i Jehan-Numa in Delhi, is one of the largest mosques in India. Emperor Shah Jahan commissioned this mosque between 1650 and 1656. Brilliant architect of the Mughal Empire Saadullah Khan planned and constructed this ‘world-reflecting mosque’ with the best mixture of marble and limestone, and it has three colossal domes, four towers, and one hundred thirty-one minarets. This awe-inspiring Mughal monument can accommodate as many as 25,000 people during the holy prayers.

The visiting time in Delhi Jama Masjid for tourists is from 7 am to 12 pm and 1:30 pm to 6:30 pm despite their religion and caste. The entry fee is Rs 50 for Indian nationals and Rs 300 for foreign tourists. Also, the minaret visiting timing is 9 am to 5:30 pm, and some additional charges are applied to climb the towers. 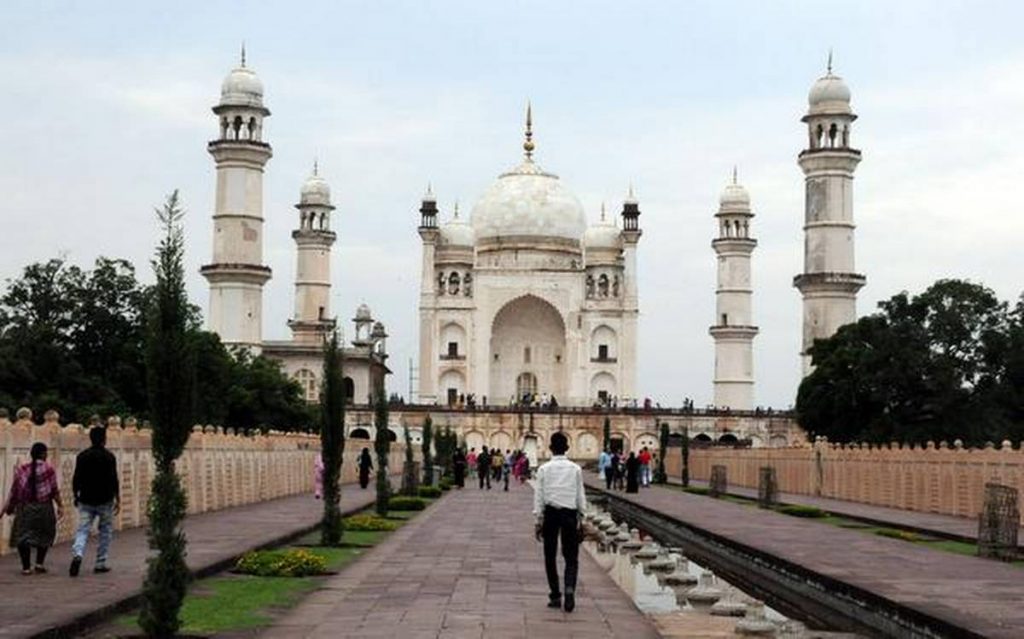 The spitting image of the Taj Mahal, Bibi Ka Maqbara is a Mughal tomb commissioned by Emperor Aurangzeb in 1660 to glorify the memory of his first wife Dilras Banu Begum. For this reason, Bibi Ka Maqbara is also considered the symbol of Aurangzeb’s conjugal fidelity. This marvelous tomb is located in Aurangabad, Maharashtra, India, and was built by architect Ata-Ullah, Hanspat Rai and it is also called the Dakkhani Taj or the Taj of the Deccan.

Many visitors reach here by road from Mumbai to Aurangabad, and it is one of the delighting road trips in India. Bibi Ka Maqbara is open every day of the week, and the visiting hour for the tomb is 8 am to 8 pm. Indian, SAARC, and BIMSTEC nationals need to pay a nominal entry fee of Rs 25 to visit this tomb, while Rs 300 is the ticket price for foreign tourists. 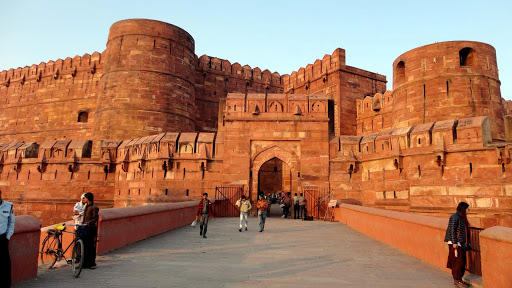 The famous historical Agra Fort located on the bank of Yamuna River was the primary residence of the Mughal emperors until 1638 when Delhi became the new capital. This large 16th-century fortress is made of red sandstone, and for this reason, it is also called the Red Fort of Agra. This historical marvel is also designated as a UNESCO World Heritage site in India, and many tourists visit here throughout the year.

The visiting hour of Agra Fort is 6 am to 6 pm, and it takes about one and half hours to cover the entire area inside it. The entry fee for Indian, SAARC, and BIMSTEC tourists is Rs 35 and Rs 550 for the other foreign nationals. You can plan a combined trip to Agra Fort and the famous Taj Mahal, Itmad-Ud-Daulah, Mehtab Bagh, and the Akbar’s Tomb to spend a whole day in history.

Tomb of I’timād-Ud-Daulah (Agra), Safdarjung’s Tomb (Delhi), Pari Mahal (Srinagar), Akbari Fort (Ajmer) are some other fantastic Mughal places, which are famous for their stunning architecture. Get a rental car in India from Revv and visit all these marvelous monuments and make some cherished experiences with your friends and family. 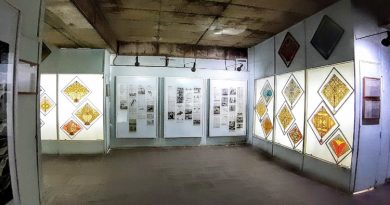 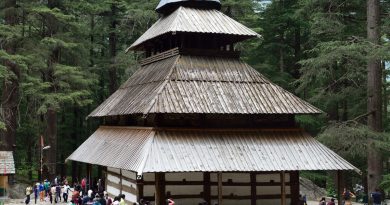 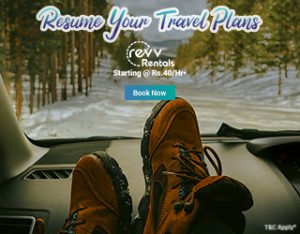